Here’s Africa’s most popular instant messenger, WhatsApp marks a remarkable success in the world with more than a billion users a day.

On the African continent, too, the instant messaging program has managed to stand out.

According to a report by digital agencies ‘We Are Social and Hootsuite’, the number of social network users on the African continent stands at 191 million.

The first is the most used with a hundred million users.

The app played a big role in the flow of information during protest movements last year.

It’s on WhatsApp that activists have turned to ring the bell.

In addition to mobilizations, messaging is a business tool for African small businesses.

It is in this sense that Facebook launched WhatsApp Business.

Indeed, Internet usage in Africa has increased by 20 per cent since January 2017, including an additional 73 million people.

Growth rates in Africa are currently the highest in the world.

Mali’s users have risen sixfold and more than doubled in Benin, Sierra Leone, Niger and Mozambique.

In some parts of the continent, monthly broadband plans remain high.

This leads to low profitability of the internet in sectors such as health, education or financial services. 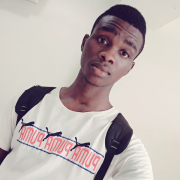